Enjoy our photo gallery of pictures courtesy of Mr Arthur Daniel on a passage from Grenada to Diamond Rock. 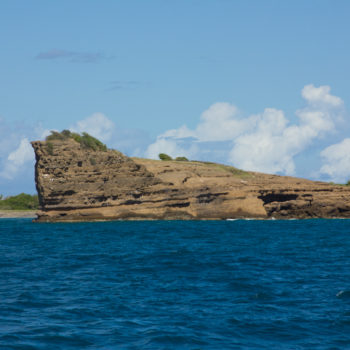 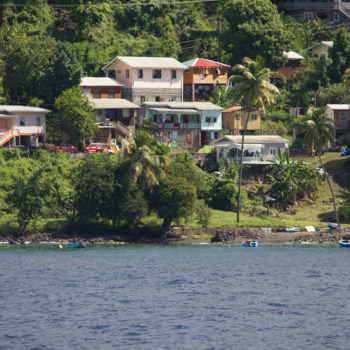 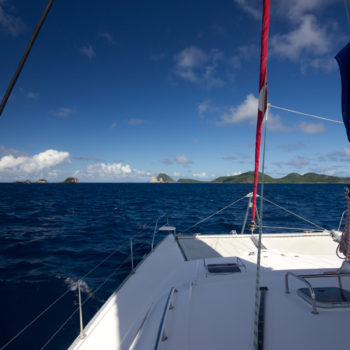 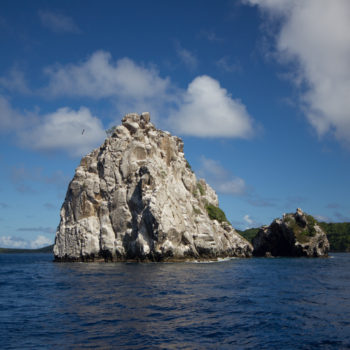 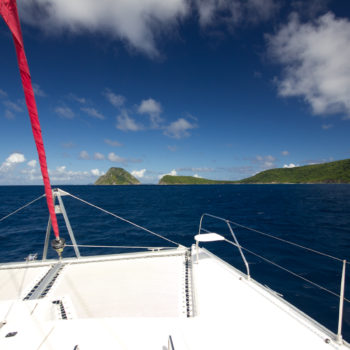 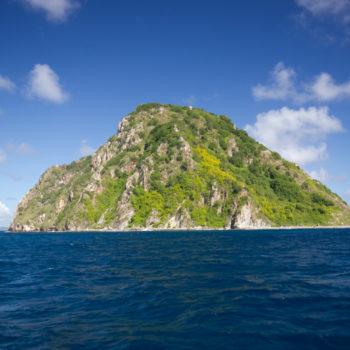 Diamond Rock (Rocher du Diamant) is a 175 m (574 feet) high[1] basalt island located south of Fort-de-France, the main port of the Caribbean island of Martinique. The uninhabited island is about 3 kilometers (1.9 mi) from Pointe Diamant. The island gets its name from the reflections that its sides cast at certain hours of the day, which evoke images of a precious stone. Its claim to fame is the role that it played in the Napoleonic Wars.

The Rock occupies a strategic position at the north end of the St. Lucia Straits. Possession of the Rock permits interdiction of navigation between Martinique and its southern neighbour, St Lucia.

In September 1803 Commodore Sir Samuel Hood sailed to the Rock aboard Centaur (Captain Murray Maxwell). Hood had received the assignment to blockade the bays at Fort Royal and Saint Pierre, Martinique.

Centaur was lying at anchor in Fort Royal Bay, Martinique, on the morning of 1 December when lookouts sighted a schooner with a sloop in tow about six miles off making for Saint Pierre. Hood sent his advice boat, the Sarah, after the sloop, and had Maxwell sail Centaur in pursuit of the schooner. After a pursuit of some 24 leagues, Centaur captured the schooner, which turned out to be the privateer Ma Sophie, out of Guadeloupe. She had a crew of 45 men, and was armed with eight guns, which she had jettisoned during the chase.

Hood took Ma Sophie into service as a tender, charging her captain, Lieutenant William Donnett, with watching the channel between Diamond Rock and Martinique for enemy vessels. Donnett made frequent visits to the Rock to gather the thick, broad-leaved grass to be woven into sailors’ hats, and a spinach-like plant called callaloo, that when boiled and served daily, kept the crews of Centaur and Ma Sophie from scurvy and was a nice addition to a menu too long dominated by salt beef.

Read more about Diamond Rock on Wikipedia. If you have any questions about locations on route from Grenada to Diamond Rock, feel free to get in contact with our team here at Horizon. We’re always happy to help you explore the islands.