Looking for ideas on what to do in Grenada during your yacht charter? We’ve listed below some of the regular events and festivals that take place in Grenada.

Why not take advantage of our special offers and plan a charter that allows you to participate in the following special events unique to the Grenada spice islands?

Take a look at our photo gallery from one of the Grenada festivals here.

What to do in Grenada

Join us for our famous and fun Mustique Blues Festival.

This annual music festival takes place every year – not to be missed! 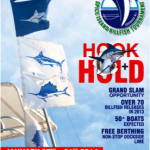 The Grenada Sailing Festival attracts sailing enthusiasts from all over the world. Grenada Sailing Week hosts four days of great competitive racing off the island’s southern coast, based out of the new Port Louis Marina. There will be a great mix of popular and new courses to provide challenging sailing for top quality international keelboats form the UK, USA, Europe, and with strong competition from local yachts from Grenada & the Caribbean Region. Once the racing is over, skippers and crews will be treated to a great party programme focused at Camper & Nicholson’s Port Louis Marina, plus a surprise new venue, and the ever-popular Dodgy Dock at True Blue Bay Resort & Marina.

Grenada Sailing Festival will present the traditional United Insurance Workboat Regatta on the following weekend. This fantastic crowd-pulling event based on Grand Anse Beach will be staged as part of Grenada’s Independence celebrations, and visitors coming to enjoy the two days of highly competitive sailing between local communities will also be treated to cultural dance & song, steel pan & traditional drum performances; arts & crafts, games and fun for all the family in the new Heritage Village.

Take a look at this great video from the festival! 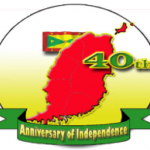 On February 7th 1974, Grenada declared its independence from the British and adopted a modified Westminster parliamentary system based on the British model, with a governor general appointed by and representing the British monarch (head of state) and a prime minister who is both leader of the majority party and the head of government. Each year on February 7th, Grenadians celebrate the anniversary of their independence, with national ceremonies and parades featuring the Royal Grenada Police Force, Boy Scouts, Girl Guides and various schools. The day is a public holiday when banks and most shops are closed.

Each year, Grenada’s northern parish of St. Patrick celebrates the feast of St. Patrick with a week of activities centred around March 17th, the official Feast Day of St. Patrick. Events include exhibitions of local arts and craft, agricultural produce, food, drinks and cultural extravaganzas.

Celebrating its very own festivity, St. Mark’s will be transformed into a hub of cultural and culinary expression each year. Named for Queen Victoria, this little fishing town on Grenada’s northwest coast in St. Mark’s Bay is popularly referred to as ‘Sunset.’ The Annual St. Mark’s Sunset City Festival will encompass a cultural extravaganza, a Best Talent & Fish Cooking Competition, a Health Fair, Exhibitions and more through its theme ‘Enhancing Community Development through Teamwork, Innovation and Empowerment’! A great event to add to your ‘what to do in Grenada’ list. 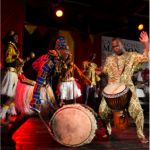 For those of you who are asking what to do in Grenada and have always wanted a pure and culturally untamed experience, then the Carriacou Maroon and String Band Music Festival is definitely the event for you! Maroon culture is about thanksgiving and prayers to the source of all life, production and prosperity. Its African origins are authentically depicted through the drumming, singing, eating of ‘smoke food’ and other rituals practised in the unique Carriacou way by its people. Visit http://www.carriacoumaroon.com/ for more information. 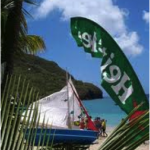 Visit https://www.begos.com/ for more information. A great event to add to your ‘what to do in Grenada’ list. 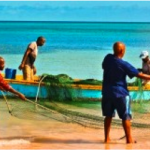 Known locally as Fisherman’s Birthday Celebrations, the event begins with Church services and the blessing of boats and nets, followed by boat races, fishing displays and late evening parties.

The historic town of Gouyave, in the northwest parish of St John, is the main venue for these activities, which in recent years have grown to include community sporting and cultural events during a week-long celebration leading up to June 29th.

A great event to add to your ‘what to do in Grenada’ list.

The Carriacou Regatta began in 1965 as a local boat race using the traditional fishing workboats, to continue the indigenous art of Boat Building handed down by Irish and Scottish Ancestors. Since that time, it has evolved into a major Caribbean event, held over the Emancipation holiday weekend, with keen competition among sailors from many of the neighbouring islands – Grenada, Tobago, Martinique, Antigua and St. Vincent and the Grenadines. Visitors and locals alike admire the skill and captaincy of some of the region’s boatmen, as they jostle for supremacy in the different classes of boats, ranging from 14 to 35 feet in length. Festival highlights include Miss Aquaval Queen Show, Miss Wet T-Shirt, Donkey Racing, Greasy Pole and numerous cultural and sporting events. 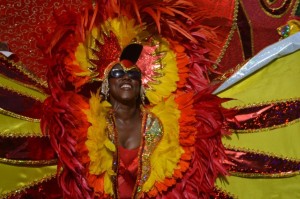 Carnival celebrations in Grenada are held during the second week in August, just one week after Emancipation Day festivities. From dawn on Carnival Monday, the streets of Grenada’s towns are filled with traditional masqueraders depicting Devils (Jab-Jabs) and social commentaries of the highlights of the past year (Ole Mas). Spectators and masqueraders alike dance to the sounds of steel bands and DJs playing the latest carnival melodies. On Monday afternoon the fancy or pretty bands appear briefly on the streets as they make their way to the big stage where competition is fierce in the fight for Band of the Year. The street party continues on in the evening as the Monday Night Mas bands make their way through the streets from 8 pm onwards dancing and waving brightly coloured lights.

On Carnival Tuesday the fancy or pretty bands parade through the streets, with spectators and masqueraders alike dancing to the sounds of steel bands and DJs playing the latest carnival melodies. The party continues late into the evening until midnight when the official celebrations end. 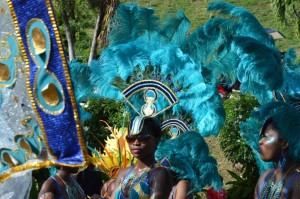 The Carriacou Parang Festival is held each year on the weekend before Christmas Day. Festivities begin on Friday with a free open-air concert in the streets of Hillsborough featuring carol singing, cultural presentations and parang string bands, followed by house to house “paranging” all night. On Saturday night enjoy live performances from entertainers from around the world. On Sunday organized parang groups from villages throughout Carriacou, Grenada and Petite Martinique compete for the challenge trophy and cash prizes, performing a compulsory Christmas Carol and their selected piece. Traditional Carriacou celebration dances such as the Quadrille and Big Drum will also spice up the night.

Christmas Day in Grenada is marked by religious celebrations and an increased generosity of spirit within the local population. Christmas traditions include the display of Nativity scenes and Christmas trees, the exchange of gifts and cards, and the arrival of Santa Claus at children’s parties during the festive season. Christian churches celebrate with midnight services on Dec 24, and for many Grenadians, Christmas day is spent with friends and family, eating traditional foods and recounting stories of yesteryear. 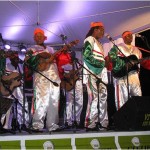 New Year’s Eve throughout the Grenadines is more commonly known as Old Year’s Night.  Bequia is a fantastic place to welcome the new year! With a harbour filled with visiting yachts, everybody gathers onshore as there are celebrations in every restaurant and bar.  A fantastic firework display over Bequia Harbour at midnight is the highlight of the evening!

The ultimate answer to the question ‘what to do in Grenada?’ Ivy Leaguer David “Mott” Green dropped out of the University of Pennsylvania and moved to a bamboo hut in Grenada. He built a chocolate factory with a co-op of local growers and produces “tree to bar” organic chocolate that is winning international awards and bringing jobs to the local economy. Sailing his Hobie Cat and catching fresh fish for dinner every day, Mott built an idyllic life that few would believe possible.